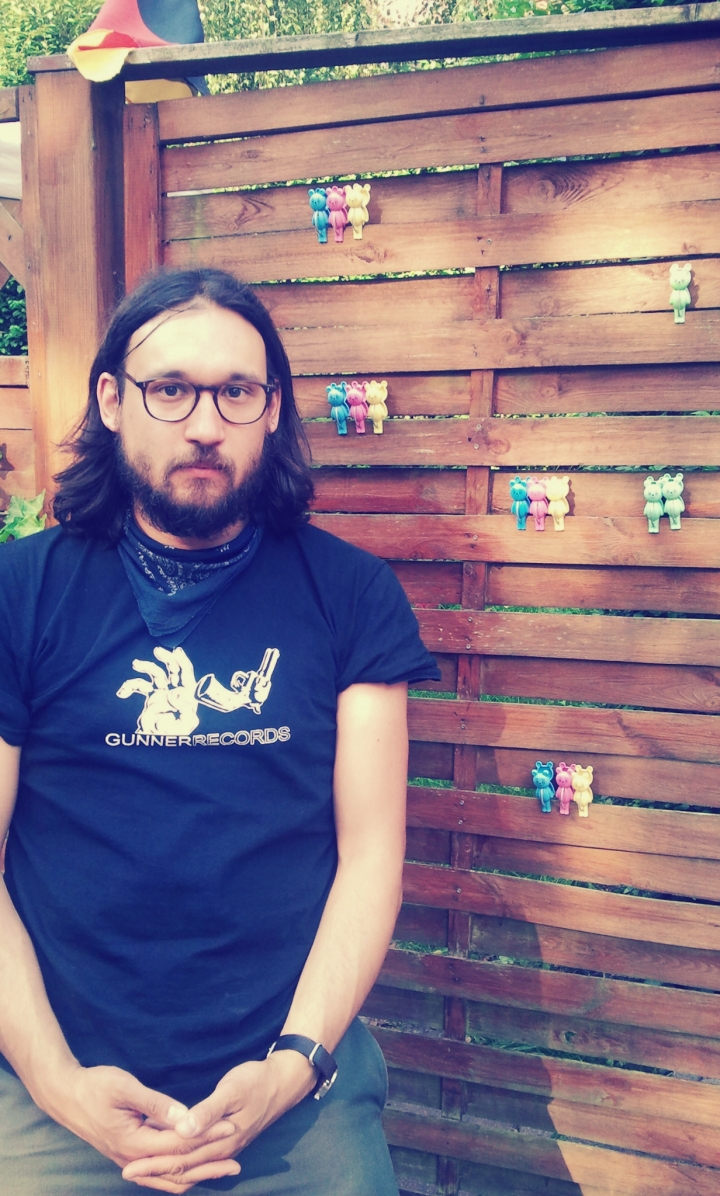 On Tuesday we made our way from Bremen to Wolfsburg. We played together with 4 Hardcore bands from Belgium, Holland and the UK. One band really stood out for me and that was HAWSER. If you are into hardcore, you should definitely check them out!

Arriving in Wolfsburg Sammy had to take a little nap as his siesta is mandatory!

There weren’t many people at the show but the great amount of bands made it quite a little crowd. Later, after the show I played some more songs by the bonfire which was really nice. Ah well, I didn’t play Oasis or Nirvana.

I’d like to thank Iggy for putting up the show and being so nice to us, plus Helge for doing the sound and being such an immensely fine person all-around!

After Wolfsburg, we drove all the way up to Kiel. 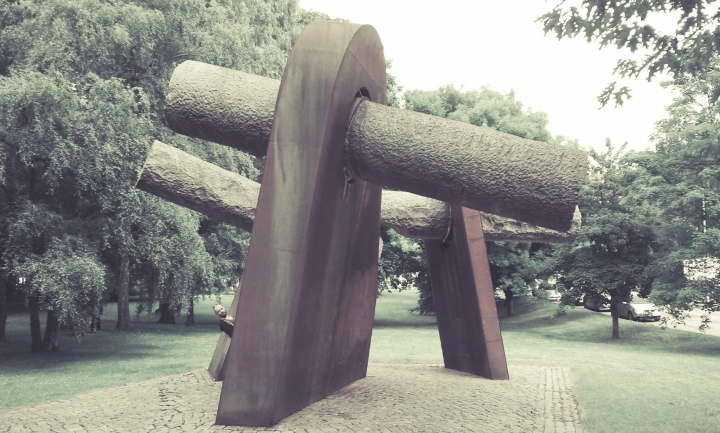 The Schaubude in Kiel is one of Germany’s finest clubs and I am always happy to play a show there. Julius and Jan were so nice and managed to create the base for an amazing evening! My personal highlight was when Gunnar Vosgröne came over and played 5 songs with me on his Cello. This adds just so much! Incredible. Here is a video of two songs made by the Schaubude-Crew:

I am sorry for always staying out of the light but that’s how I roll, hehe.

After the show in Kiel Nina and Lüder invited us to their beach house and we spent maybe some of the greatest on tour there! It was great hanging out on the beach, so holidayish!! Sammy totally dug the nudie beach. 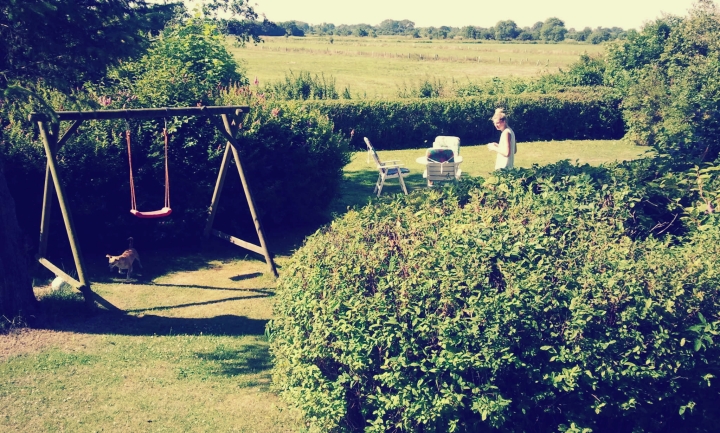 After spending some quality time in Kiel, it was a one hour drive to Itzehoe. It’s a sleepy town but it is also the home of one the best venues of Germany, the Lauschbar! Steffen, the owner/soundguy/bar keeper/amazing person, took great care of us. And the food that Dietmar and his friend (sorry for the name loss) made was simply amazing. Even though there were not that many people attending the show, it was so much fun!!! I think I played all the songs I actually can play. Thanks so much for being such a great audience!!!

On the next day, we started early for Emden. Arriving at 14h, we had some time for the outdoor swimming pool and to enjoy the incredible weather. It hardly gets that warm in the North but it’s nice. People in Emden had their own way of celebrating the weather: 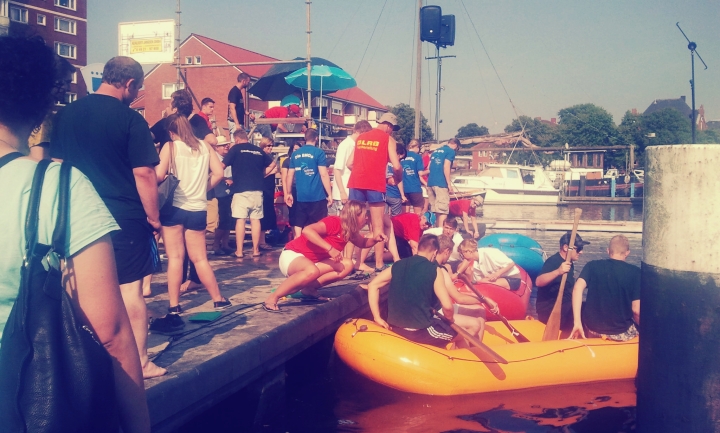 On our search for a siesta place in Emden, we found a sweet place for a photo:

Due to the Delft-Fest, we had to start really late. Show was on at 00:30h and we were tired. Still the show went pretty well and Sammy played a great set. I wasn’t really into my set that night and didn’t play that many songs. Actually, it might have been the shortest set I’ve ever played. But that’s alighty as Sammy did a great job making up for it.

Instead of cooking, we made a barbecue on the roof of the Grusewsky. Hakan and Sascha made us fell as welcome can be!!! We marinated the vegetables and ate as much our bellies could take! 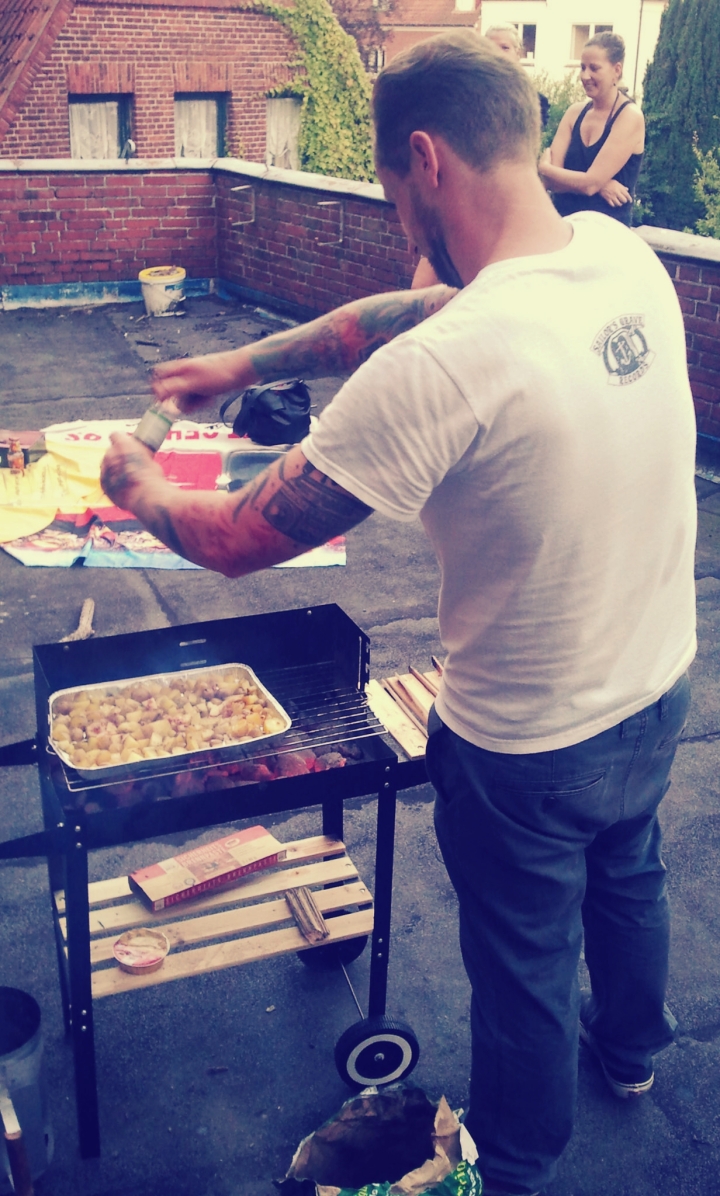 Before playing the show, I had to get some cotton-candy because they had it on the Delft-Fest… 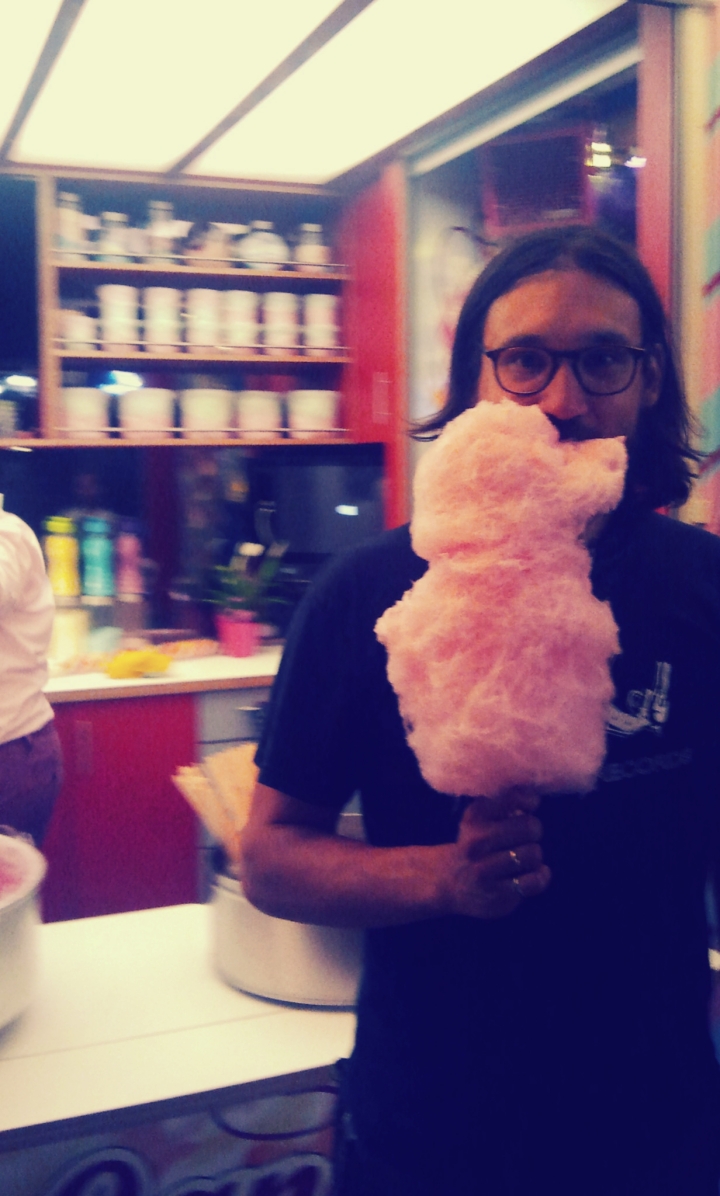 They also had other strange/cool stuff. But it actually looked cooler than it was…

Sammy and me like to thank all the people who helped us out, made us food and came out to the shows. The last days were amazing!!!

Tonight we play our last show together in Bremen at the Gondi. After that I’ll be touring the last days on my own. Here are the last days of my tour: